The former “Martinek-Kaserne” south of Baden has not been used by the Austrian Armed Forces since 2014 and stands empty. In recent years, the main stakeholders, i.e. the Federal Ministry of Defense as the owner, the city of Baden and the Federal Office for the Protection of Monuments have been discussing several options for the future use of the 40-hectare site with its listed buildings from the 1930s. The aim of the SANBA project is to develop a so-called anergy or low-temperature heating and cooling network (in the range of 4 to 30°C) for the abandoned “Martinek Barracks” in Baden, using industrial low-temperature waste heat from the neighboring NÖM dairy as well as locally available renewable heat sources such as geothermal energy, photovoltaics and solar thermal energy.

„Low-temperature networks for heat supply and cooling (energy networks) open up new possibilities for decentralised energy supply at neighbourhood level. They increase flexibility and promote the integration of local, renewable energy sources. This creates dynamic networks that enable buildings to actively participate in the network as producers and consumers.“

The project results will show whether the concept is technically and economically feasible and should be pursued further.

In a first step the waste heat potentials of the waste water of the NÖM dairy were collected and a hydrogeological model for the use of geothermal energy at the site was developed. Among other things, a technical design for the components of the energy grid was developed and initial calculations on the economic efficiency were carried out.

Local energy networks could become more important in urban areas in the future. SANBA will provide important findings to support the planning and implementation of such networks in Austria, especially in the context of refurbishment.

NEFI Research project SANBA, with a focus on low-temperature networks, also called anergy systems, is one of the largest research projects that have so far been carried out in the urban area of Baden. 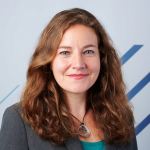